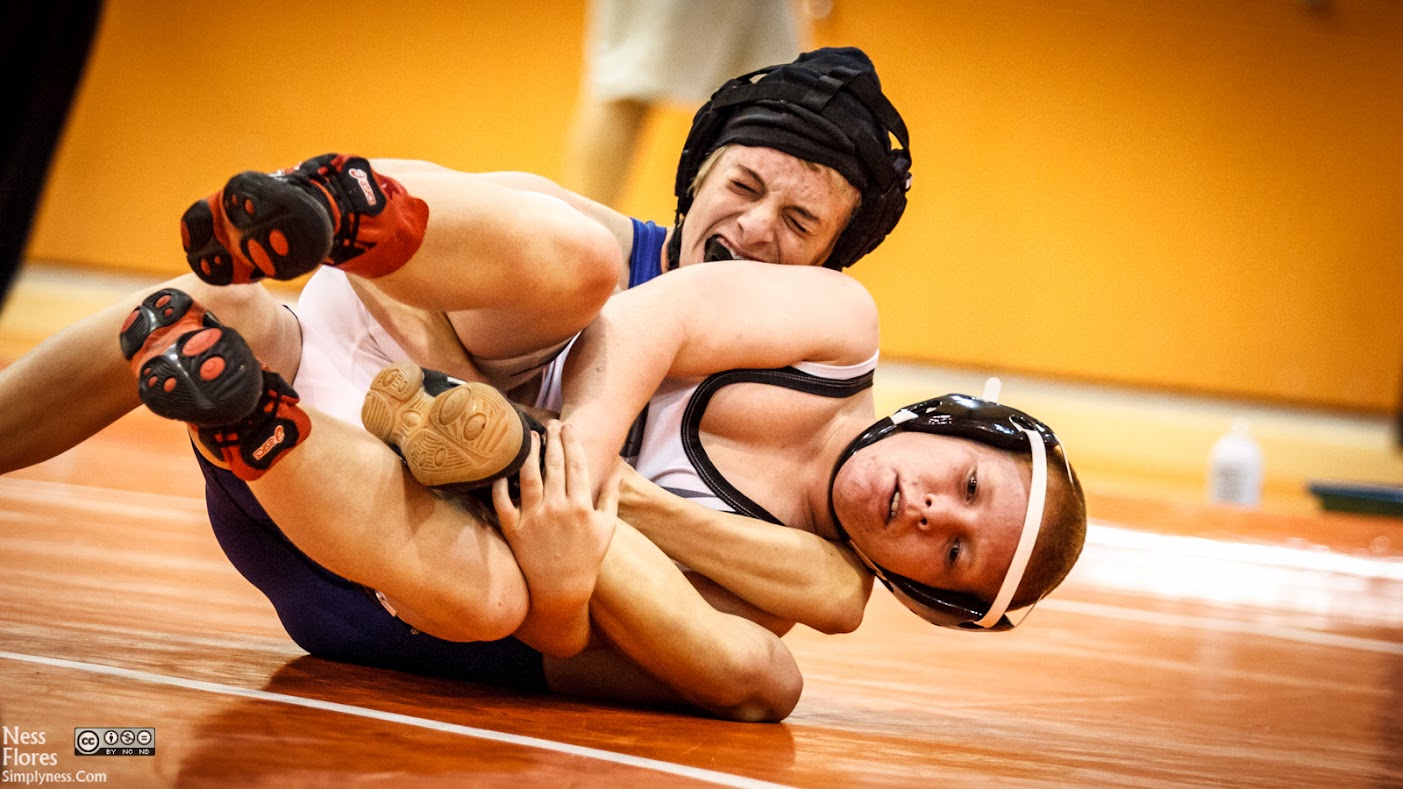 I'm all set and ready for tomorrow's District Wrestling tournament. I've charged my batteries, dust my lens (thank god, can't remember last time I did that). This would be my second time shooting wrestling, the first one was last year, first week of December 2012. It was an amazing experience. First I thought that it wasn't going to be as exciting as basketball, or football, I really thought it was going to be a slow game. But it's not, it is actually pretty intense and full of action.

Like most sports, a fast shutter speed is the key  to stopping the action. And to do this I rely on my canon gear, here's what's in my  bag for tomorrows tournament.

to see how it will perform.

Here are some photos from the last wrestling match that I shot: