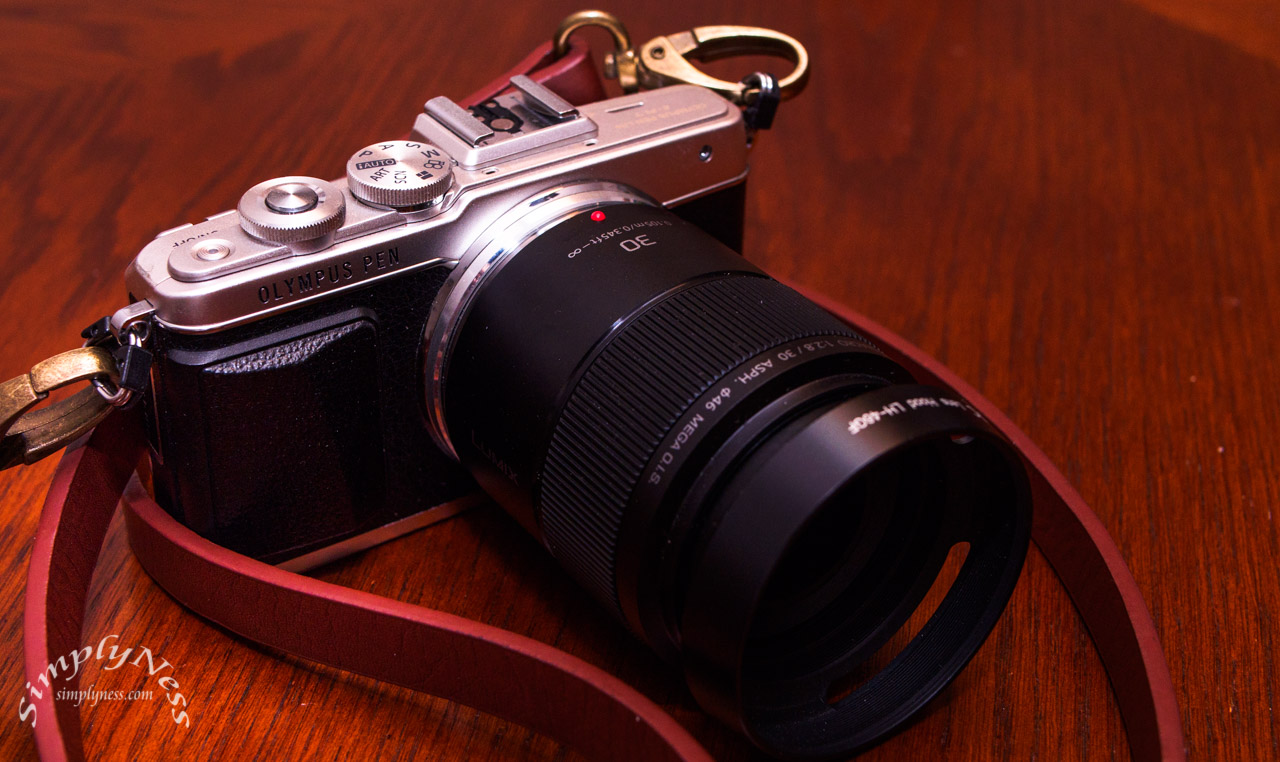 This is my Olympus PEN E-PL7 with the Panasonic Lumix 30mm F/2.8 Macro Lens

This weeks feature gear is my Olympus PEN E-PL7 and the Panasonic Lumix 30mm F/2.8 Macro lens. As I’ve mentioned from the start of my 2017 Daily Photo, every Friday, I will feature the gear that I used for the week.

The Olympus E-PL7 16MP is part of the PEN Lite series of cameras from Olympus, it replaces the Olympus E-PL5 Mirrorless Digital Camera

The E-PL7 is my backup micro four thirds camera. It’s smaller than my E-M5 making it a little lighter and easier to carry around, it’s so small, other people around me doesn’t notice me at all especially when paired with the Lumix 20mm F/1.7 Pancake or the Lumix 14mm F/2.5 Wide Pancake Lens.

I love my E-M5 Classic and my E-PL7, for what I do and use it for, they are more than enough. Like what I have mention in my E-M5 post, provided you have the right Micro Four Thirds lens, you can produce amazing images with them.

The PANASONIC LUMIX G Macro Lens, 30mm, F2.8 ASPH is a great match for this camera. I find them well balance together even though the lens is bit longer.

Before getting this macro lens for my mft, I was using the Canon FD 50mm F/3.5 manual lens, (a great lens by the way) with a FD to mft adapterI didn’t want to buy another macro lens, because I always ended up selling them eventually. But I found mine for a bargain price on Ebay, it’s refurbished by Panasonic so I said why not try it. For $169 it’s a lot of lens. I really like it, it’s a solid lens, although no weather sealing whatsoever, it’s made of metal and hard plastic, it has a metal mount and feels great, it’s also a bit heavy. Excellent build quality.

AF performance is just right, it’s fast, especially when compared to other macro lenses that I have use for my Canon system in the past like the Tokina 100mm macro, Canon EF 100mm macro classic. It’s almost as fast as the Zuiko 45mm F/1.8. Sometimes, AF becomes a challenge in low light where I encounter occasional hunting. But overall, I can say that AF is fast enough and you won’t be disappointed. With regards to the built-in IS (image  stabilization ) I have not tested it because both my Olympus bodies have built in stabization. The E-M5 has the unmatched 5-axis Image Stabilization and the E-PL7 has the 3-axis IS. Also there is no switch on the lens to turn off the built-in OIS .

How about image quality?  I use the lens with both my E-M5 and E-PL7, mostly with the E-PL7, based on my experience and in the images I’ve taken, they are sharp on both the center and the edges even wide open at F/2.8 up to F/5.6. Beyond that, I can’t say for sure but I would assumed that it is still sharp up to F/8 as with most m43 lenses due to defraction. I mostly shoot wide open when using my micro four thirds.

The PANASONIC LUMIX G Macro Lens, 30mm, F2.8 ASPH Mega OIS  is an excellent lens. With a 60mm equivalent full frame field of view, it will give you excellent 1:1 result. You wont have a problem shooting it wide open. With regards to build quality, the almost all metal construction gives you the assurance that this lens is well built. Overall, this is a great lens for any micro four thirds system. You won’t be disappointed. Gear: