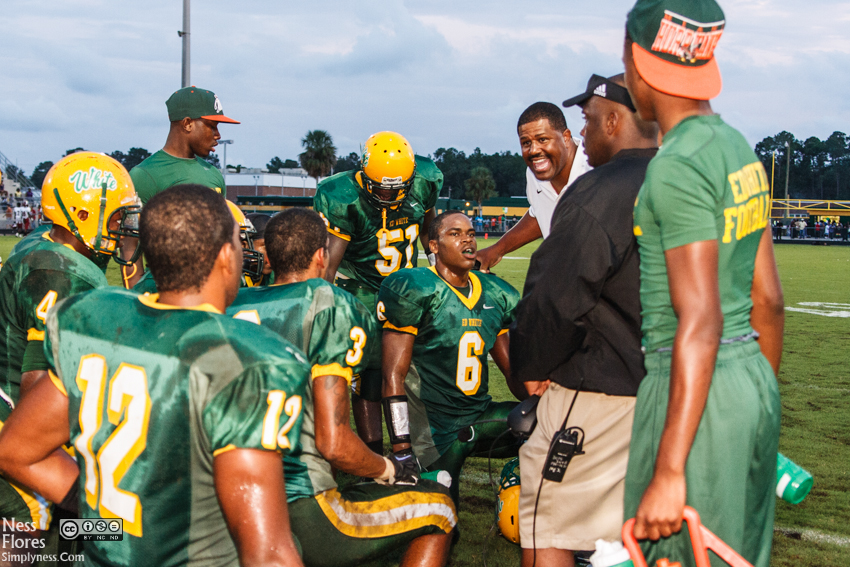 Last nights game was wild and dark. It was an action pack game, I got a few good shots during the earlier part of the game, but in the second half I really struggled, shooting under the uneven stadium lights was really challenging. Even when using the 200mm F/2.8 prime I had to boost my ISO to 5000 to shoot at 1/400, I tried ISO 6400, but I didn't like, but I guess it's ok, at least I got the shots I needed for my job but it's really dissapointing and nothing I can be proud of.

Once the sunlight is gone, stadium lights becomes your primary source of lighting, and your ISO and fast lens becomes your best friend, but there's one problem, most stadium lights does not provide even lighting across the field, and it flickers to a point you get different color temperatures and lighting on your photos. Here are two sample scenarios that clearly shows how light changes affects the photos:

We can see on both sample photos above how the light dramatically changes on all three frames which was shot consecutively, first time I saw this I thought it was my camera, so being new to this, I asked one of the photographers that was there, that's when I learned that it is a common problem with stadium lights, and it's not my camera's. There's nothing I can do except to fix it in post.

Sorry:
- Please recheck your ID(s).
- If you are showing a private album, check that the "Retrieve Photos From" option is set to "User's Private Album" and that the Authorization Key is correct.
0saves
Save