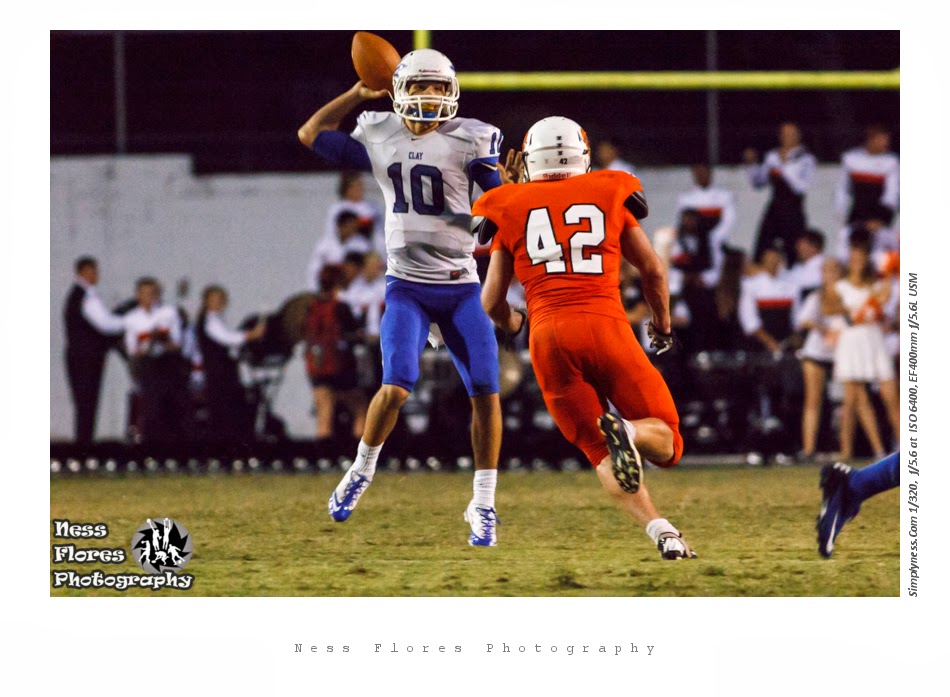 These are some of my favorite photos from last weeks football game I shot. I can’t believe it’s been a week already, anyway, the game didn’t end well for the Raiders, Clay won the game 39-21, Orange Park’s first upset of the season. 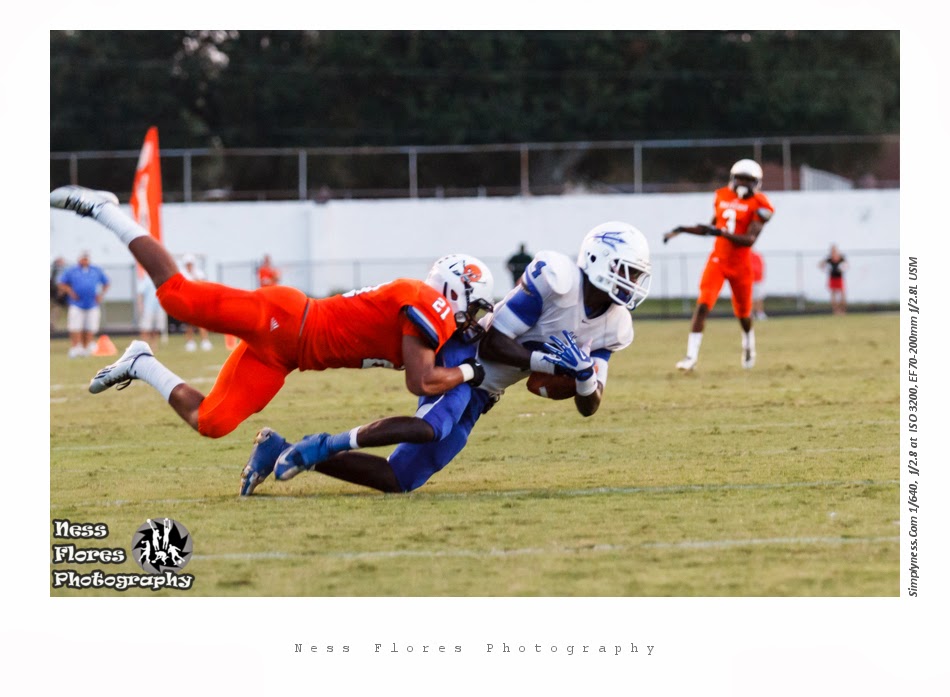 It was a great night, I shot with my the EF 400mm F/5.6 on the EOS 60d (Top most photo), that lens still amazed me every time I use it. I got some pretty good shots even in the later part of the game.  The EF 70-200mm is still the best performer given the faster aperture. 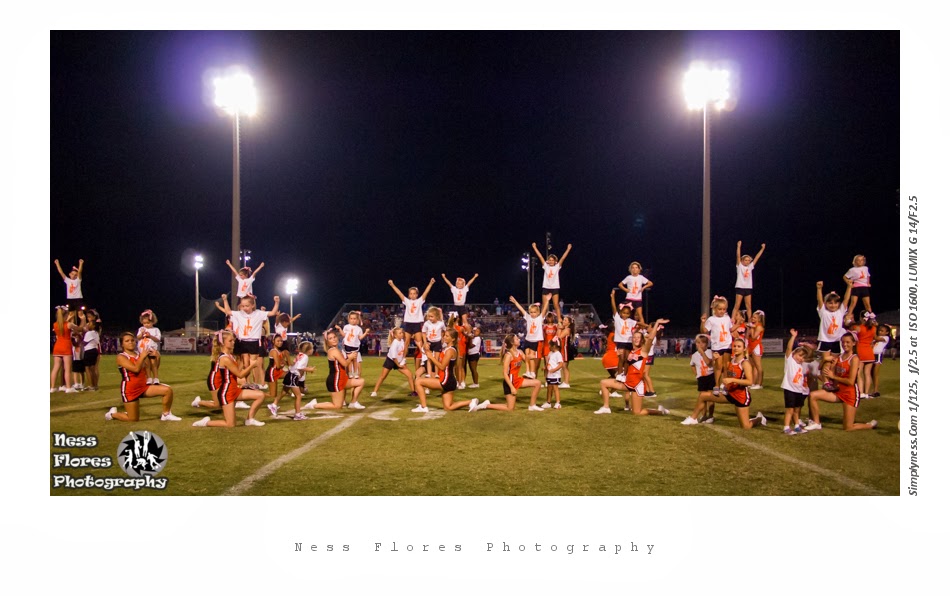 The photo above was shot with the Olympus PEN E-PL1 and the Lumix G 14mm F/2.5 Lens, I’ve used the e-pl1 for the past two games to get some wide and close up shots, and I’m surprised with the results. For close up and wide angle shots it’s perfect, I’m using my 580 EX flash on the pen in manual mode with the Rogue FlashBenders ROGUERESM Small Positionable Reflector 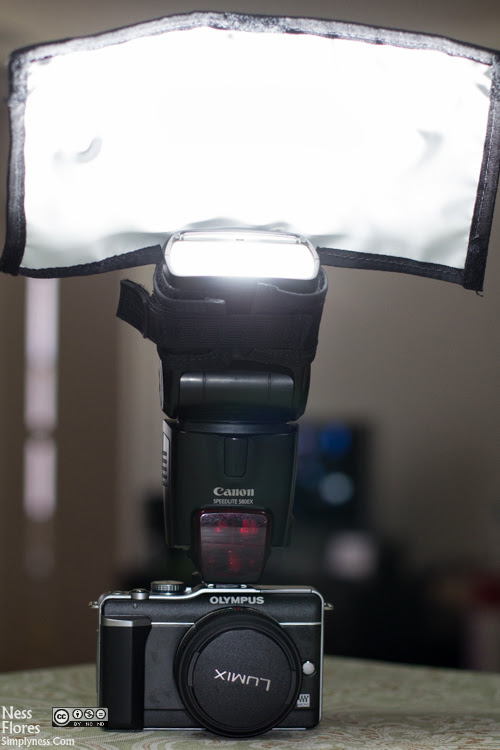 That’s the PEL E-PL1 with the Canon 580ex speedlite. Now that I have the PEN, I was able to minimized on switching lenses on my main bodies. The PEN with the 580 ex sits in one of my cargo pants pocket or photo vest, always ready when I need it. 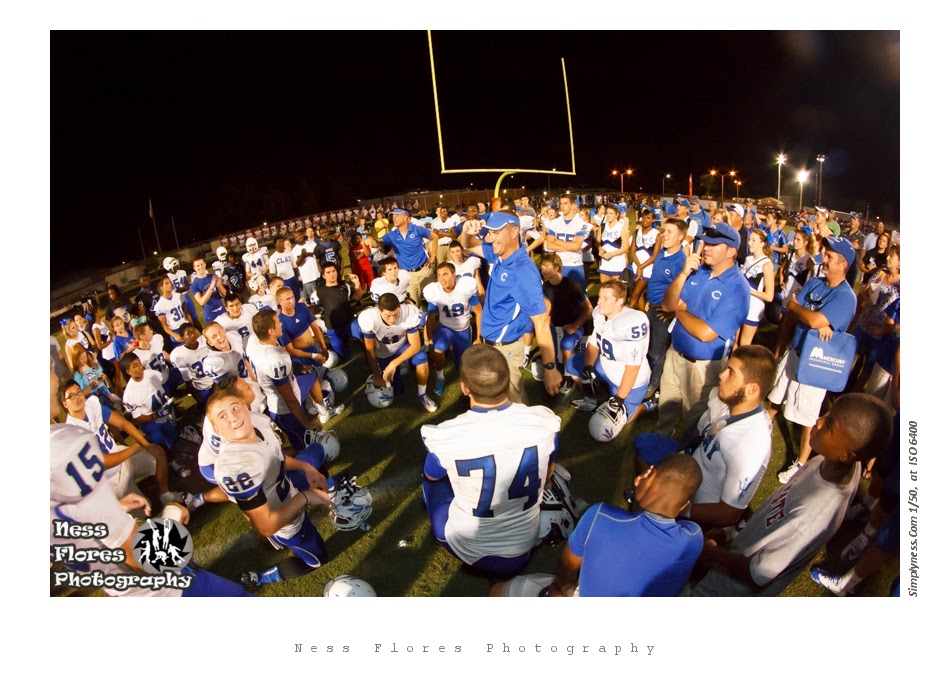 I also use the Rokinon FE8M-C 8mm F3.5 Fisheye Lens

to capture huge crowd or group of people or scenes such as these. It’s the perfect lens for the job. The photo above was taken  with Canon 60d, rokinon fisheye and the Canon 580EX speedlite with Rogue FlashBenders ROGUERESM Small Positionable Reflector

to spread the fill flash.

That’s about it, there’ll be no games to shoot tonight, but next friday’s game will be a big one, so check back soon. For the mean time, here’s a gallery of my favorite photos, hope you like them.

Sorry:
- Please recheck your ID(s).
- If you are showing a private album, check that the "Retrieve Photos From" option is set to "User's Private Album" and that the Authorization Key is correct.