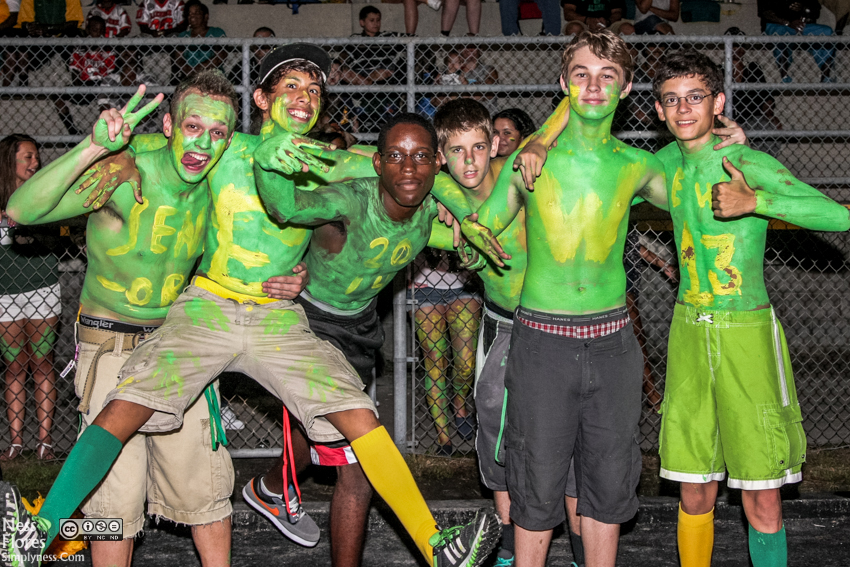 This is it, my first sports shoot. I got there 15 minutes before the kick off which is a good thing. First thing I did was to look for the Athlethic Director(AD) to introduce myself and after the introductions, I went to the sidelines to prepare my gear. I choose to use the 60D as my main body with the 70-200mm F/4, and the 40d as my second with the the 400mm and or tamron 28-75mm.

Frankly I was overwhelm, not only that it was my first time to shoot football, it was my first time to shoot any sports. I have a lot on my mind, like should I just shoot in shutter priority or manual, auto iso or fixed. I experimented quite a bit during the first few minutes of the game, I even tried shooting with the ef 400mm F/5.6L, but ditch it in the bag and just decided to stick with the 28-75mm 2.8 and the 70-200mm f/4. I mostly shoot in Aperture priority on all the events that I covered, but this is a different neighborhood for me, before I'm just concerned with light and with what's in focus or what's not, now I have to consider light, speed and depth of field.

To make everything easier for myself, being a first timer, I shot in manual, on the 60d I set my iso to auto iso with a ceiling of 3200, on the 40d I started with ISO 1600. During the first half I was able to shoot at 1/640 at F/4 on the 60d and as the sun goes down, I gradually went to shooting at 1/400 to 1/320 depending on the position of the players. The bad thing about this is that, lights are not even, there were parts of the field that are dimly lit and some are parts are bright.

I wasn't too happy with most of my shots, but it's ok, it's a learning process for me and it was a fun night shooting sports. I'm looking forward to my next game.

Here are my favorite shots from last nights game.

Sorry:
- Please recheck your ID(s).
- If you are showing a private album, check that the "Retrieve Photos From" option is set to "User's Private Album" and that the Authorization Key is correct.